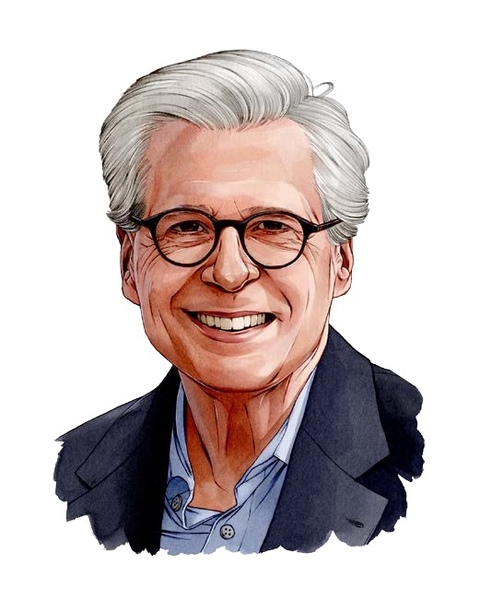 THOMAS MALLON's eleven books of fiction include Henry and Clara, Fellow Travelers, Watergate (a Finalist for the PEN/Faulkner Award) and the forthcoming Up With the Sun.  He has also written volumes of nonfiction about plagiarism (Stolen Words), diaries (A Book of One's Own), letters (Yours Ever) and the Kennedy assassination (Mrs. Paine's Garage), as well as two books of essays (Rockets and Rodeos and In Fact).  His work appears in The New Yorker, The New York Times Book Review and other publications.  He received his Ph. D. in English and American Literature from Harvard University and taught for a number of years at Vassar College.  His honors include Guggenheim and Rockefeller fellowships, the National Book Critics Circle citation for reviewing, and the Vursell prize of the American Academy of Arts and Letters, for distinguished prose style.  He has been literary editor of Gentlemen's Quarterly and deputy chairman of the National Endowment for the Humanities, and in 2012 he was elected to the American Academy of Arts and Sciences.  He is Professor Emeritus of English at The George Washington University and lives in Washington, D. C. 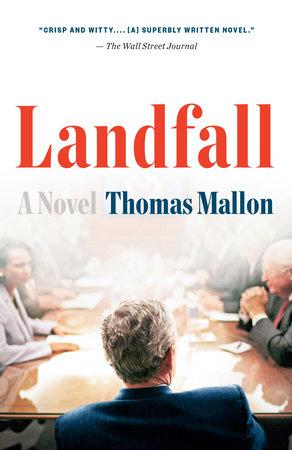 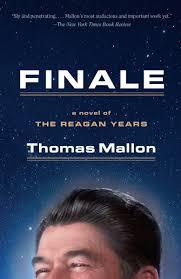 "In Finale, Mallon impressively blends his singular knowledge of political history with his limitless imagination to capture an era."
—Philadelphia Inquirer 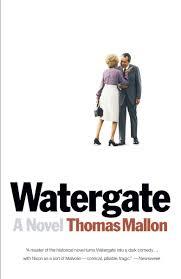 "History, Mallon suggests, is not a clash of titans but just the magnified effects of ordinary people's secret longings and fears.  That's nowhere more evident than in the novel's discerning portrayal of Richard Nixon . . .  It's a brilliant presentation, subtle and sympathetic, but spiked with satire that captures the man in all his crippling self-consciousness . . . Mallon writes with such wit and psychological acuity as he spins this carousel of characters caught in a scandal that's constantly fracturing into new crises."
—Washington Post Book World 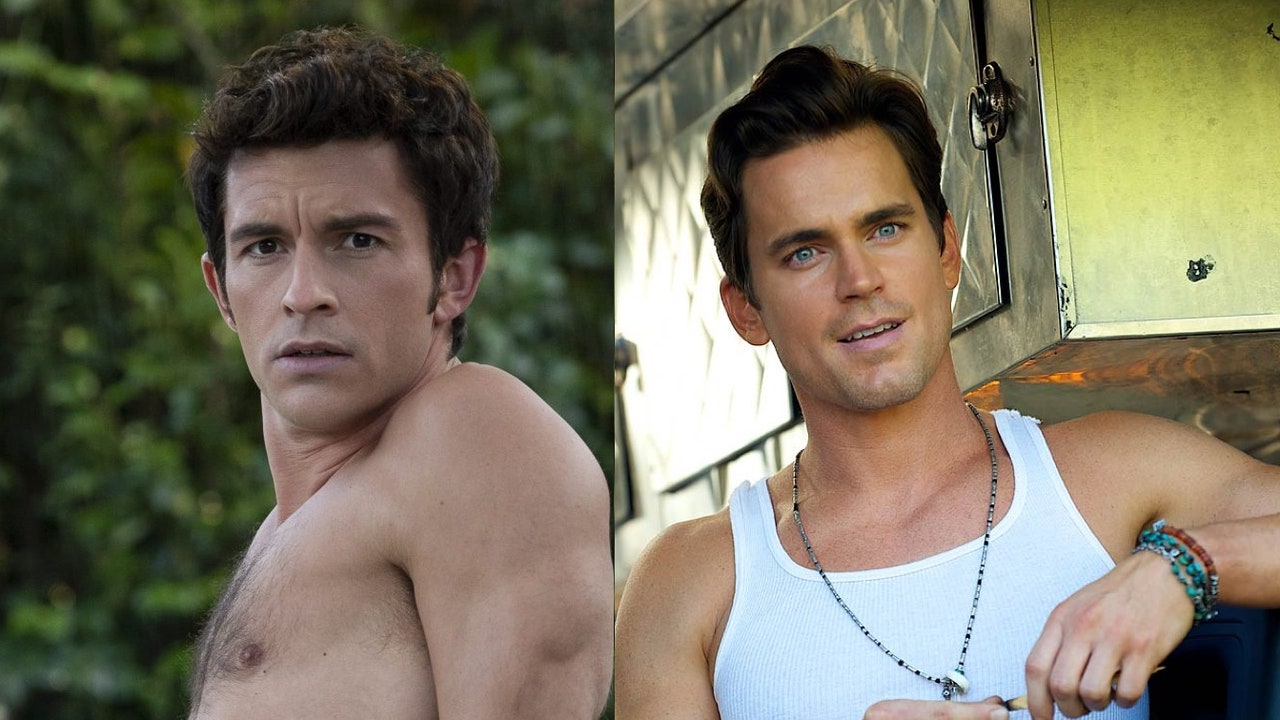 The eight-part Showtime limited-series adaptation of my 2007 novel, FELLOW TRAVELERS, with a screenplay by Ron Nyswaner (Philadelphia), is currently filming in Toronto, with Matt Bomer (White Collar) and Jonathan Bailey (Bridgerton) starring as Hawkins Fuller and Timothy Laughlin.  Set during the Lavender Scare of the 1950s, FELLOW TRAVELERS has already been made into an opera by Gregory Spears (composer) and Greg Pierce (librettist) that has had ten productions across the United States since its premiere in Cincinnati in 2016.  The novel is available on Amazon. 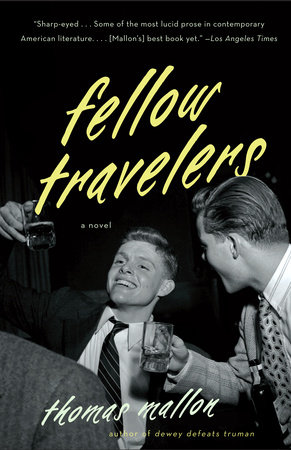 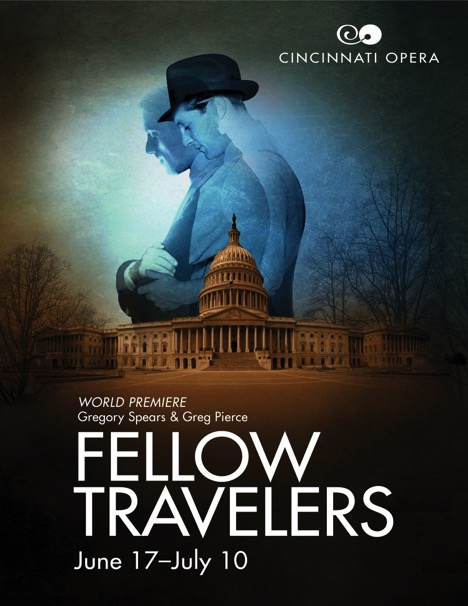 Poster for the original production of the FELLOW TRAVELERS opera (2016)

COMING IN FEBRUARY 2023 FROM KNOPF: 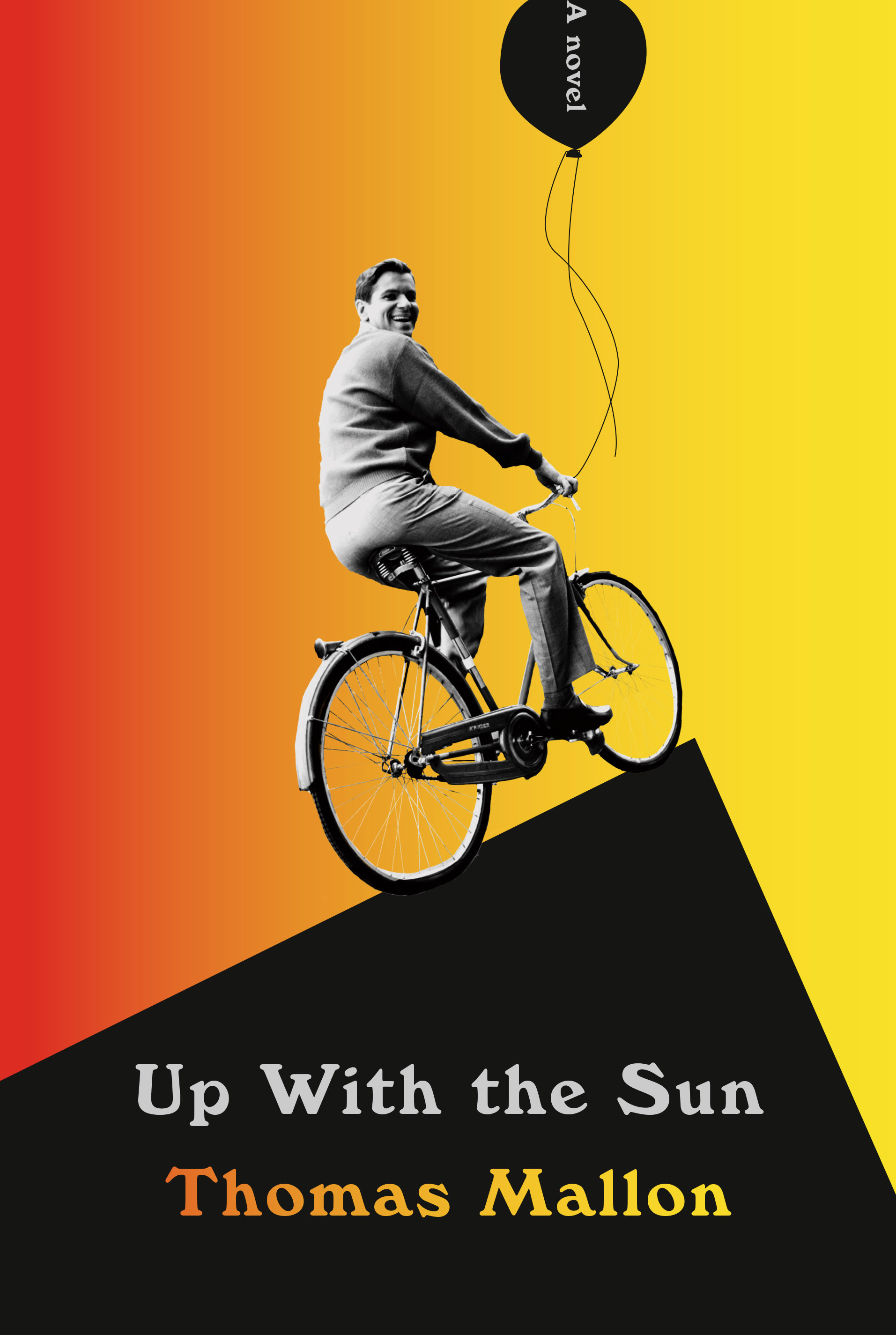 Dick Kallman was an up-and-coming actor in the fifties and sixties—until he wasn't. A costar on Broadway, a member of Lucille Ball's historic Desilu workshop, and finally a primetime TV actor, Dick had hustled to get his big break. But just as soon as his star began to rise, his roles began to dry up and he faded from the spotlight, his name out of tabloids and newspapers until his sensational murder in 1980.

Through the eyes of his occasional pianist and longtime acquaintance Matt Liannetto, a tenderhearted but wry observer often on the fringes of Broadway's big moments, Kallman's life and death come into appallingly sharp focus. The actor's yearslong, unrequited love for a fellow performer brings out a competitive, vindictive edge in him. Whenever a new door opens, Kallman rushes unwittingly to close it. Even as he walks over other people, he can never get out of his own way.

As Matt pores over the life of this handsome could-have-been, Up With the Sun re-creates the brassy, sometimes brutal world that shaped Kallman, capturing his collisions with not only Lucille Ball, but an array of stars from Sophie Tucker to Judy Garland and Johnny Carson. Part crime story, part showbiz history, and part love story, this is a crackling novel about personal demons and dangerously suppressed passions that spans thirty years of gay life—the whole tumultuous era from the Kinsey Report through Stonewall and, finally, AIDS.

"In this funny, vicious tale of ambition and moral corrosion, Thomas Mallon turns his rapier intelligence and seismographic sense of the workings of power to the worlds of Hollywood and Broadway. Among imperishable legends and declining stars, he chronicles desperate competition and half-open secrets, the longing for the next new thing and the lure of the past. Up with the Sun is a novel as stark as a Greek drama and as delicious as gossip."

— Garth Greenwell, author of Cleanness and What Belongs to You

"Thomas Mallon has been America's premier historical novelist for a decade. Up With the Sun cinches the accolade. It's New York City in the aching 80's. The murder of show-biz bottom feeder/monster Dick Kallman and his male lover ramifies throughout the turmoil of the decade — in a stunning hybrid of Tom Wolfe's The Bonfire of the Vanities and frontline reports from a beleaguered gay demimonde. This book packs period pizzazz and heartbreaking intimacy. And, as always with Mallon — it's a page-turning blast."